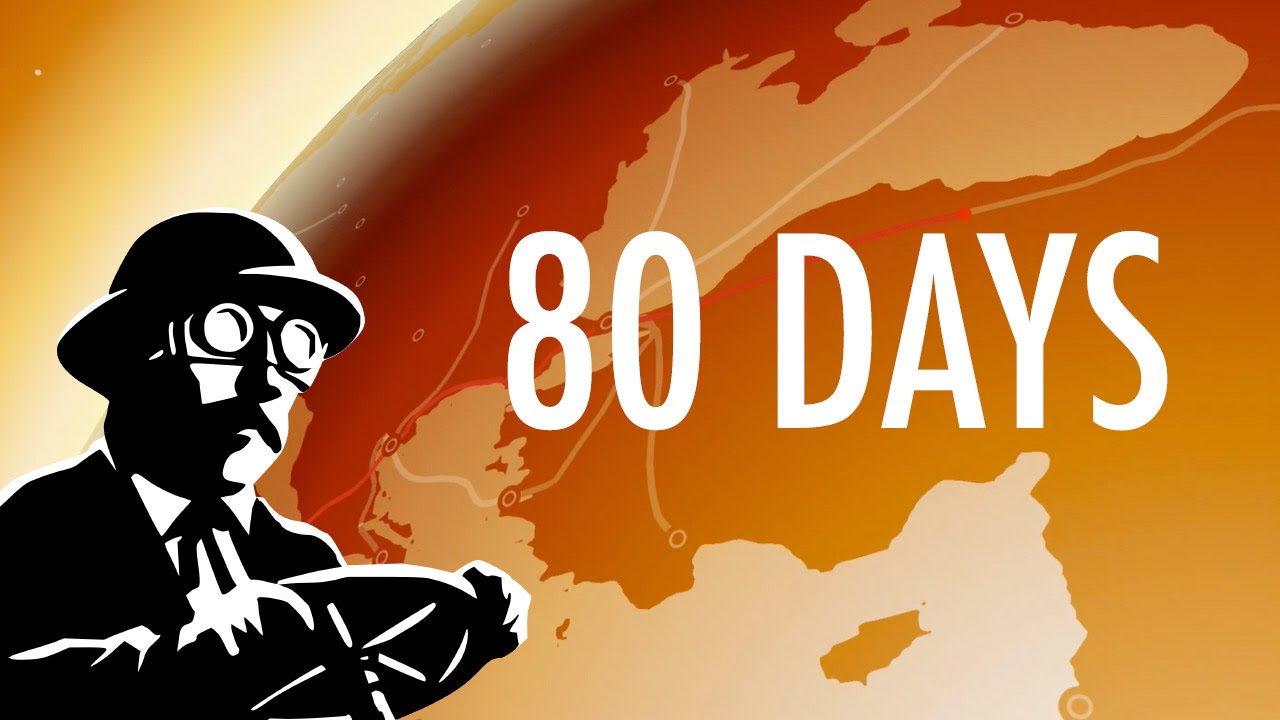 1872, with a steampunk twist. Phileas Fogg has wagered he can circumnavigate the world in just eighty days.

Choose your own route around a 3D globe, travelling by airship, submarine, mechanical camel, steam-train and more, racing other players and a clock that never stops.

Featuring a brand new journey – to the North Pole!

150 cities to explore. Detailed research and techno-fantasy combine in an 1872 of tensions, inventions and exploration. Climb the Burmese mountains, trek the Zulu Federation, sail up the Amazon and disappear under the Indian Ocean – but don’t fall behind the time!

Featuring stunning art by Jaume Illustration, a half-million word script by Meg Jayanth, original music by Laurence Chapman, and built using the same inklewriter engine that powers our critically-acclaimed Sorcery! series, 80 DAYS is an interactive adventure created by your choices, on the fly, and is different every time you play.

Playing as Phileas Fogg’s loyal valet, Passepartout, you must balance your master’s health, your finances, and the time, as you choose your own path from city to city all the way around the world. Bribe your way onto early departures, but don’t let yourself go bankrupt or you’ll be sleeping rough and begging for aid! Trade items for profit, and collect the equipment for the conditions you’ll face: but too much luggage will slow you down… 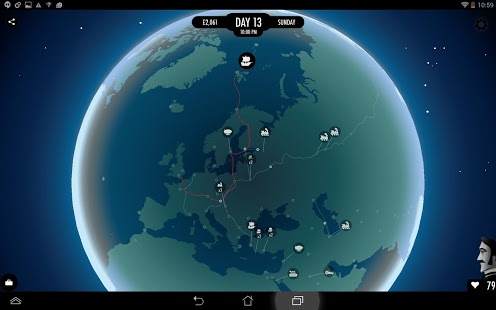 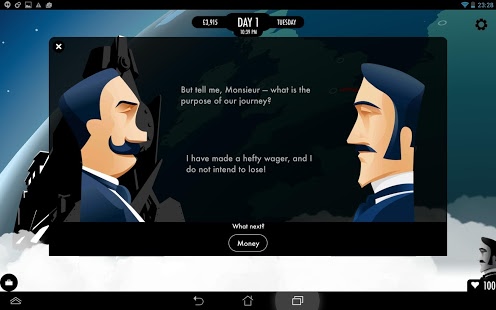 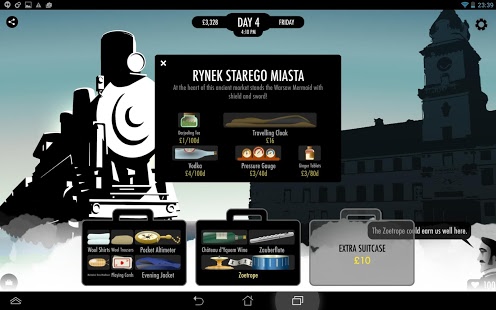 Every city and journey is narrated via an interactive story where you control every action. Will your choices speed you up – or lead you into disaster? you earn Fogg’s trust and respect? you uncover the secrets and short-cuts that can shave days off your time? Murder, romance, rebellion and intrigue await!

The app is network-connected, with a live feed that shows you the position of all the other players of the game, their routes, triumphs and disasters. You can race to be the fastest – or look ahead to learn the secrets of the world.

Share your own journey with friends, and load other’s routes directly into your app so you can race head-to-head.