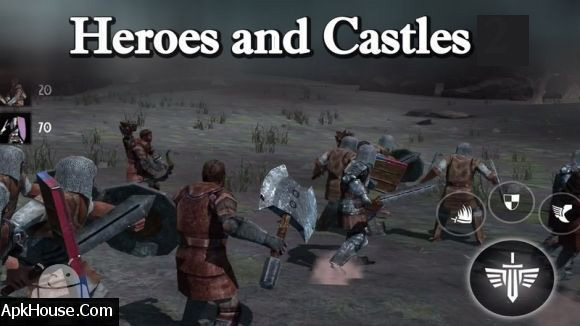 You stand solemn, overlooking the battlefield!

To your left, towering giants rush into battle, bashing hordes of goblins high into the air with each swing of their bone clubs. To your right, Dwarven Iron Helms break into shambling skeletons, while a line of Pikemen ready their spears for one last charge. Behind you, your Elven Archers unleash their arrows overhead into lumbering Trolls and savage Orcs. But it is not enough, and the enemy keeps coming… With one last cry to battle, you ready your sword and charge into the fray!

Enter Heroes and Castles 2, a 3rd person action-RPG, strategy, and castle defense mash-up! Choose from one of three powerful races, customize your hero, summon a massive army to fight beside you in battle, defend your castle, conquer lands, and ultimately destroy the enemy stronghold!

Take to the battlefield in an immersive 3rd person perspective, summon entire armies to fight beside you, and defend your castle to the death! Fight in the middle of a huge battle that you control! 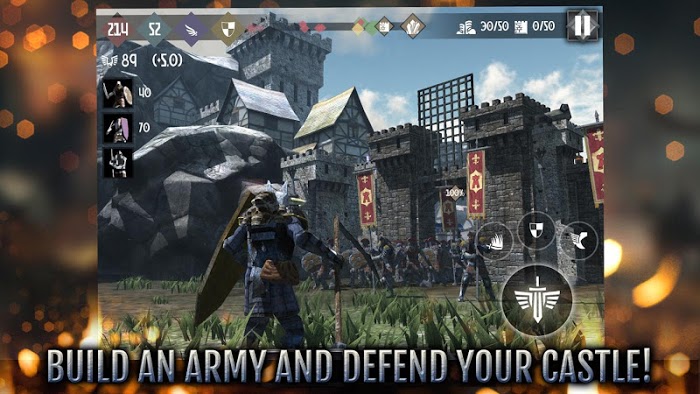 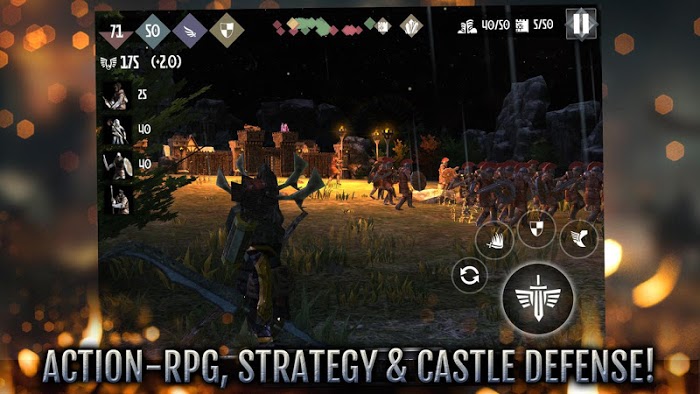 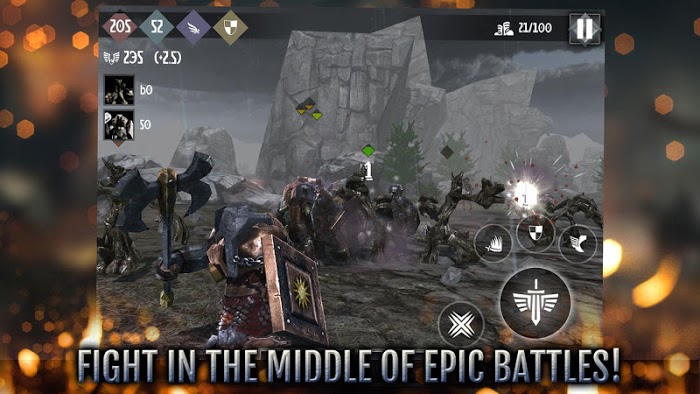 SUMMON HUGE ARMIES TO FIGHT BESIDE YOU:

BUILD AND UPGRADE YOUR CASTLE:

TONS OF ENEMIES TO BATTLE:

ADVANCED GRAPHICS AND TONS OF FEATURES: